NIR Bioimaging – Near Infra-Red Nanothermometry for bioimaging and others applications

Research project selected under the 2020 call for proposals 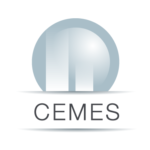 The fine measurement of a temperature at a submicronic scale, on a surface or in a volume, constitutes a challenge which interests many fields among which we can cite nano-electronics microfluidics and biology, as well as. Medicine. In electronic systems, self-heating degrades the performance of logic, storage and energy conversion devices. The problem is particularly acute in nanostructures where the thermal conductance is sometimes very low. The measurement of local temperature in microfluidic technologies such as Laboratories-on-chip is also absolutely necessary for the precise control of the chemical and / or biological reactions involved. In biology, temperature is probably the most important fundamental parameter regulating cell activity. As the basic unit of living organisms, cells, appear as bags of micron-sized liquid surrounded by membranes. Conventional thermometry methods are unable to measure temperature gradients on such a small scale. Our overall goal is to focus our attention on near infrared optical technologies using NPs doped with fluorescent lanthanide ions, we will develop more particularly a tomographic imaging device (3D) for sub-micron scale temperature mapping with a sensitivity lower than the degree Celsius. The temperature imaging system will be based on the fluorescence intensities ratio (FIR) measured from two distinct emission lines in wavelength of the Nd/Yb/Er dopant ions systems in NPs. This system which includes the Nd and Yb ions as acceptor ions and the Er ion as the emitter. In the case, the Er ions admits, among other things, two transitions between levels 2H11/2 – 4I15/2 and 4S3/2 – 4I15/2. More singularly it is noted that only the last transition decreases in intensity when the temperature varies between 283 and 493K. Consequently, the ratio of the intensities of these two transitions increases considerably with temperature. The relative population of two thermally coupled electronic states meet Boltzmann-type distribution law and their FIRs can be mathematically express as:

The parameters of IH and Is represent the integrated intensities from thermally coupled level transitions 2H11/2 – 4I9/2 and 4S3/2 – 4I9/2 respectively. N,σ, ω  are angular frequency, emission cross section, degeneracy and number of ions of corresponding emitting. T, kB means the absolution temperature and the Boltzmann constant, ΔE signifies energy gap between excited levels and B it proportionality constant. Recently, a straightforward method to predict the temperature calibration curve of any upconverting thermometer base on two thermally coupled electronic levels was reported. For example, the emission bands on the ions Er allow to calculate the absolute temperature T by:

Where kB is the Boltzmann constant, δE is the energy gap between the barycenters of excited levels, and Δ = IH/IS is the thermometric parameter with Δ0 being the value à root temperature T0.